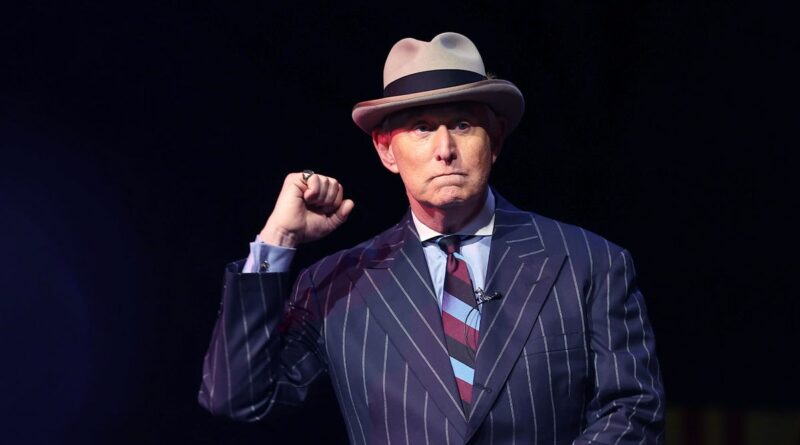 
I WILL NOT  BE FRAMED AGAIN
Guest post By Roger Stone

On Monday my counsel transmitted my response to a subpoena issued to me on November 22nd by the Democrat House majority’s so-called “Select Committee to Investigate the January 6th Attack on the United States Capitol.” The committee seeks to compel my testimony and demands that I produce to it a broad swath of personal documents and private communications related to my political activities on January 5th and my advocacy concerning issues of great public import to this nation and its people. Today was its deadline for the production of documents and it has ordered me to appear before it to testify on December 17th.
If the Mueller investigation and the Russian collusion hoax was the original witch-hunt and Adam Schiff’s bogus Ukrainian impeachment farce was witch-hunt 2.0; this latest inquisition by the House Democrats is witch-hunt 3.0.

In its mad rush to exaggerate, exploit and propagandize January 6th, the House Democrats’ deceitful syndicate of reckless smear merchants has abused the authority of Congress to launch a sham proceeding, the supposed objective of which has already been pre-determined, leaving only the nefarious pseudo-serious work of casting as wide a partisan dragnet as possible to falsely and maliciously associate its political opponents with a supposed “insurrection” in the form of a “domestic terror attack.”
Let me make clear yet again – any claim, assertion, accusation or even implication that I had advanced knowledge or any involvement whatsoever in the illegal and politically-counterproductive activities of January 6th is categorically false. “Guilt by Association” tactics particularly by the jackals at ABC News are a vile and baseless smear. I was not on The Ellipse during the President’s rally there, did not march to the Capitol and was not at the Capitol on January 6th. In fact, I never left the grounds of my hotel on January 6th. Reuters reported several weeks ago that senior FBI officials confirmed that they had found no evidence that I was involved in any conspiracy to violate the law or storm the Capitol on January 6th.

While The Washington Post has reported on the existence of a “war room” inside The Willard Hotel, if such a facility existed, I never knew about it. The Washington Post reported that three sources confirmed that I was never in any such “war room” from which it was alleged that former New York City Mayor Rudy Giuliani and former Trump advisor Steve Bannon operated.  CNN reported that I am a “close associate of Steve Bannon,” which shows how ignorant they are.
In my response through counsel I gave the committee formal notice that pursuant to Amendment V of the Constitution of the United States, specifically my right against being compelled to participate in any governmental proceeding in a manner which may result in my becoming a witness against myself, potentially exposing me to malicious criminal prosecution on the basis of any information or testimony I might provide, I am declining to respond to any inquiries posed to me by this committee, to include oral testimony or the production of any documents or communications. I take this position not because I have done anything wrong, but because I have extensive experience in the way partisan manipulators and miscreants like Adam Schiff and his cohorts leak, distort and fabricate the facts regarding anyone who testifies before their Committee.
In fact, the only proven liar is the bug-eyed freak from Burbank, California, Adam Schiff, who said repeatedly that he had seen “more than circumstantial proof” of Russian collusion with Donald Trump’s presidential campaign. I challenge this beady-eyed conman to waive his Congressional immunity and repeat his allegations against me in any public forum; I would crush this huckster in cross-examination. Waive your Congressional immunity tough guy. I’ll wait…
The premise of this committee and the manner in which its “investigation” is being conducted have made it clear that it is a thinly-veiled, but no less vile, attack on the 1st Amendment rights of prominent longstanding public opponents of the Democrat party and its national leadership. In fact, it should be painfully obvious to any fair-minded, reality-based observer that this committee has zero regard for the essential civil, political and constitutional rights of those, like myself, who power-abusing megalomaniacal Democrat politicians have chosen as targets of opportunity from amongst those political activists who have proven most effective at opposing their underhanded political machinations and exposing the unprecedented corruption of power in which they now routinely engage.
That this ad hoc Democrat inquisition is some sort of good faith “investigation”, promulgated solely for legitimate legislative purposes and operating as a disinterested, non-partisan finder of fact, is not only a demonstrably false but also a simply ludicrous proposition. One glance at this committee’s membership makes it clear that it is consists of rank partisans with a long, sordid track record of malicious, even irrational, hostility towards President Donald Trump and his supporters, and a maniacal willingness to ruthlessly defame and persecute anyone who stands in their way.

In reality, this committee is a wholly-contrived, fantasy-driven spectacle, founded on a baseless conspiracy theory that seeks to ominously inflate and cynically exploit the unfortunate acts of a tiny swath of lawless rioters, out of 10’s of 1000’s of otherwise-peacefully-assembled citizens at the Capitol on January 6, 2021, as the stuff of an organized, coordinated, pre-meditated “insurrection.” It is worth noting that, to date, out of the 700-plus individuals currently being prosecuted for criminal offenses at the Capitol that day not a single one has been charged with insurrection or any other crime involving the attempted overthrow of our government.
Far more sinister however, and just as chilling, is this committee’s ongoing attempt to somehow manufacture a connection between the constitutionally-protected wholly-legal political activities of myself, and others with whom I politically associated in the aftermath of the 2020 election, and the unlawful acts allegedly perpetrated by any of the relatively tiny group of riotous individuals at the U.S. Capitol on January 6th.
Worse than merely attempting to affix guilt by association in the broadest, most generalized manner possible, this is a despicable effort to effectively criminalize any political opposition to the Democrat party and its totalitarian reign, and persecute anyone who dares exercise their constitutional rights to engage in political activities, whether speaking, assembling, associating with like-minded fellow citizens, petitioning our government, or otherwise doing anything that challenges the unilateral omnipotence and perpetual rule of a radical hyper-partisan authoritarian political faction presently embodied in the Democrat party, fronted by deceitful demagogic Democrat political careerists.
Notwithstanding the committee’s unfortunate membership consisting solely of hostile partisans intent on abusing congressional authority to maliciously inflict damage on their political opponents, one need not look further than the House resolution promulgating the “January 6th committee” to see that it is founded on a sloppy conglomeration of baseless prejudgments of the subject purportedly being “investigated”, front-loaded with inflammatory, yet conclusory, language, and laden with hysterical, overdramatic exaggerations of what occurred and what resulted from the events of January 6th.

Without any basis in fact, clearly designed to pre-determine the findings of the “investigation” purportedly being launched, this partisan-motivated resolution described the events of January 6th as “one of the darkest days of our democracy, during which insurrectionists attempted to impede Congress’s Constitutional mandate to validate the presidential election and launched an assault on the United States Capitol Complex.” Still worse, before a single witness had ever been deposed by the “select committee” being formed by this resolution or a single supporting fact established to substantiate its foundational conspiracy theory, the resolution unequivocally characterizes and pre-judges the day’s events in collective terms as a “domestic terror attack.”
Such absurdly-histrionic, factually-barren pre-determinations and inflammatory characterizations of events, before they have actually been investigated by any congressional body, make the bad faith, ulterior motives of the Democrat House majority abundantly clear, and thereby nullify any legitimacy or credibility otherwise to be afforded to such a tribunal, as a matter of default.
If the Committee is interested in getting to the bottom of what transpired on January 6th, perhaps they should send a subpoena to the head of the Secret Service because multiple witnesses can attest to the fact that I was contacted in my Willard Hotel room by agents of the Secret Service seeking to accompany me to the Capitol for the demonstration there – an offer I wisely and suspiciously declined. Had I proceeded to the Capitol, leaving at that precise time, I would have arrived exactly at the time news reports say the Capitol was breeched. Can you say setup?
The House Democrats, and particularly certain members of this committee, cannot help but reveal in no uncertain terms their prejudicial bias and partisan pre-judgment of the matters they purport to be “investigating.” They have spent the better part of this entire year pushing the same insurrection fantasy narrative, which their propaganda media collaborators have gleefully propagated, repeated and even embellished with additional slander and libel, beyond their core defamations intended to damage and destroy anyone daring support President Donald Trump or oppose their reign of error and the defective, destructive bumbling failure they managed to install in the White House just two weeks after the supposed “insurrection” at the Capitol.

I intend to supplement this statement with further, more detailed scrutiny of this sham proceeding, analyzing in detail the bad faith and even misconduct of various members and the committee’s glaring omissions from its “investigation” of other, highly-relevant events and circumstances surrounding January 6th. I will expose Adam Schiff’s violation of both the law and House Rules during his tenure on the House Intelligence Committee and regarding my testimony there, as well as the illegal proceedings he is currently engaged in. The result will be the definitive demolition of the big lie that Democrat deceivers have attempted to fabricate about the events of that day as their latest illicit cudgel designed to inflict grievous damage on the rising popular grassroots movement that is currently on track to wash their ilk out of Congress and finally depose these parasitic perpetual incumbents from the positions of public authority and trust that they so casually and destructively abuse. What a pity that the House Republican leadership doesn’t have the balls to make a criminal referral to the Department of Justice on Adam Schiff, Red Chinese-compromised Congressman Eric Swalwell or Google-owned clown Jerry Nadler.
Please help Roger Stone with legal costs related to yet another attack on the friend of President Trump here. 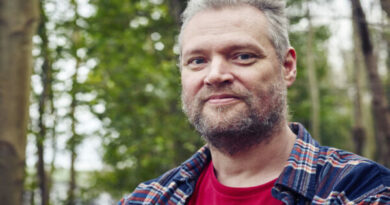 ‘Will be Used Whether We Like it or Not’ 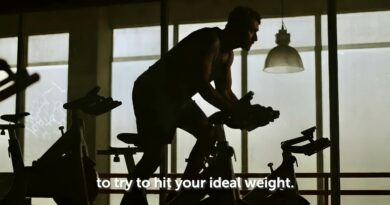 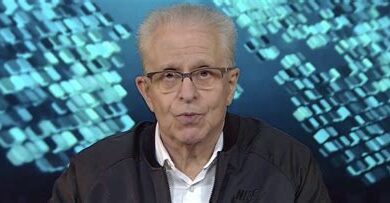 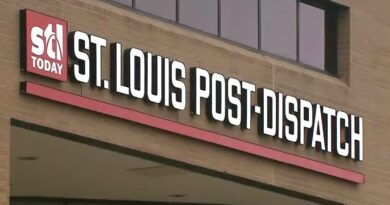 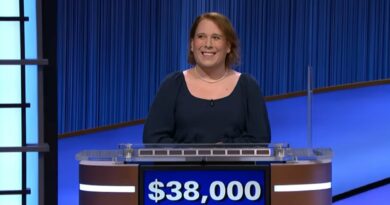 ‘What Is a Woman?’ Jeopardy! Contestant Crowned Highest-Earning “Female” In Show’s 57-Year History, Is Actually A Man