Chomsky claimed that people who oppose wearing masks are an “epidemic” in American politics, more concerned about protecting their freedoms than following science:
“I mean, do you have an individual right to take an assault rifle and go to the supermarket or mall and start shooting randomly?” he questioned. “That’s what it means not to wear a mask. It’s a strange kind of individualism.”

https://www.thecollegefix.com/noted-covid-expert-noam-chomsky-compares-anti-maskers-to-mass-shooters/?fbclid=IwAR036yw4jpIdEIKb-snFdCbs0t4MbRyVdag-9lPlIj7xLv79nZWpF3iTSVM
College Fix excerpt: Chomsky claimed that people who oppose wearing masks are an “epidemic” in American politics, more concerned about protecting their freedoms than following science:
“I mean, do you have an individual right to take an assault rifle and go to the supermarket or mall and start shooting randomly?” he questioned. “That’s what it means not to wear a mask. It’s a strange kind of individualism.”
If Chomsky had bothered to read the research cited by Atlas before Twitter censored it, or followed the flood of research papers on COVID-19 mitigation practices in the past year, he would have known the case for mask mandates is incredibly weak, at best.
#
Related:
Flashback 2006 study: ‘Surgical mask does little to prevent inhalation of small droplets bearing influenza virus…air stream simply diverts around the mask’
A 2015 study on masks of 1600 health-care workers showed those wearing masks were 6 times as likely to have flu-like illnesses as those in the control group after 4 weeks…” – The conclusion: “This study is the first RCT of cloth masks, and the results caution against the use of cloth masks… moisture retention, reuse of cloth masks, and poor filtration may result in an increased risk of infection.”
More here:
Shock research shows masks ineffective during surgeries: ‘A lack of substantial evidence to support claims that facemasks protect either patient or surgeon from infectious contamination’

Ritter et al., in 1975, found that “the wearing of a surgical face mask had no effect upon the overall operating room environmental contamination.”
Ha’eri and Wiley, in 1980, applied human albumin microspheres to the interior of surgical masks in 20 operations. At the end of each operation, wound washings were examined under the microscope. “Particle contamination of the wound was demonstrated in all experiments.”
Laslett and Sabin, in 1989, found that caps and masks were not necessary during cardiac catheterization. “No infections were found in any patient, regardless of whether a cap or mask was used,” they wrote. Sjøl and Kelbaek came to the same conclusion in 2002.
A review by Skinner and Sutton in 2001 concluded that “The evidence for discontinuing the use of surgical face masks would appear to be stronger than the evidence available to support their continued use.”
Lahme et al., in 2001, wrote that “surgical face masks worn by patients during regional anaesthesia, did not reduce the concentration of airborne bacteria over the operation field in our study. Thus they are dispensable.”

Former NYT reporter Alex Berenson comments on study: “PHYSICIAN comparing people who disagree with his views on masks or vaccines to patients with Capgras syndrome (a severe psychosis where you believe the people around you are actually imposters.”
Physicist Dr. Denis Rancourt comments: “This is the most unethical publication I have seen in a scientific journal in my lifetime. Psychosis advanced to “explain” mask and COVID skeptics! I conclude: Medicine is a sick profession, in need of treatment.”

“Definitely the worst one I can think of in history, Adolf Hitler was pretty hideous – [but] he wasn’t trying to destroy organised human society on earth,” he says.
Challenged on this, with the fact that the Nazi Holocaust killed at least 6 million Jewish people, Chomsky, whose parents were Jewish, says Hitler also killed “30 million Slavs, but not human civilisation”. Asked directly if he was saying Trump, 73, was worse than Hitler, Chomsky says: “That’s a very outrageous statement. And every time I say it, I preface it by saying, here’s an outrageous statement, but please ask yourself whether it’s true.”
#
New Yorker interview: Chomsky: Donald Trump is “the worst criminal in human history”

When Biden’s revised climate policy was unveiled, it was celebrated by many progressives as a real shift. Noam Chomsky declared Biden on climate as “farther to the left than any Democratic candidate in memory,” because, he said, the agenda was “largely written by the Sunrise Movement and strongly endorsed by the leading activists on climate change.”
Noam Chomsky: ‘Trump is the worst criminal in history, undeniably..Trump has committed, the heating of the globe’
Noam Chomsky: President Trump and the Republicans are ‘Criminally Insane’ Because Climate Change
Noam Chomsky: ‘The Republican Party Has Become the Most Dangerous Organization in World History’ For Rejecting ‘Climate Change’

Noam Chomsky on global warming: ‘We’re really regressing back to the Medieval period…without rapid change ‘chances for a decent future are not very high’

Chomsky warns that if ‘catastrophic effects’ of warming were due in 10 years ‘we’d probably have a fascist takeover-with everybody agreeing to it, because that would be the only method for survival that anyone could think of. I’d even agree to it, because there’s just no other alternatives right now’

UPDATE: Chomsky now attempts to retract his ‘death knell’ comment! ‘If I said the [GOP] elections are a death knell, I went too far. But I think it’s fair to say that they do threaten that outcome’

Climate Depot Response to Chomsky: ‘If’ you said it? You clearly did say it on video. You now admit you ‘went too far?’ But we all thought you were a brilliant ‘linguist’! How could you say what you don’t mean? Aren’t you at least supposed to be the expert at using language? Note: Chomsky is reading and responding to emails([email protected])

Noam Chomsky on skeptics: ‘It is important to bear in mind that those who orchestrate the campaigns know as well as the rest of us that the ‘hoax’ is real and ominous…’

‘…but they are pursuing their institutional role: maximizing short-term profit and putting aside ‘externalities,’ in this case the fate of the species’ (Note: Chomsky is reading and responding to emails: [email protected]) 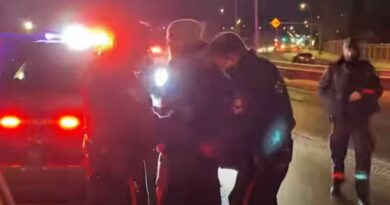 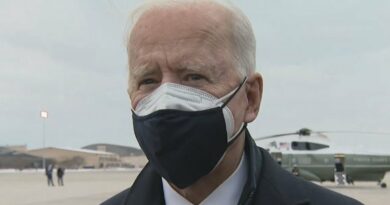 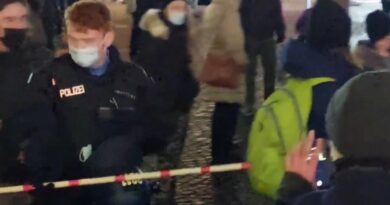 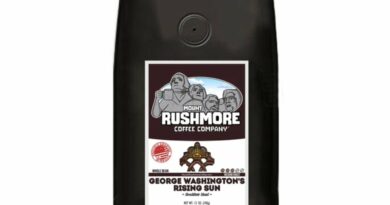