The Glasgow COP26 meeting, and the global energy crisis should have been a wakeup call for the climate debate. Regrettably, that did not happen. As Walter Russell Mead wrote in the Wall Street Journal “The intellectual and political disarray on display in Glasgow was terrifying” as leaders committed their countries to “carefully crafted, unenforceable pledges.” Proof yet again that global gatherings of “preaching to the choir” climate activists are not the place for balanced discussion or practical solutions.

Hypocrisy on the energy/climate debate is running rampant. Climate change advocates have badly miscalculated the complexity and the pace in which the world can realistically move from 80 per cent reliance on fossil fuels to net zero. Instead, and in the face of a global energy crisis and renewals of coal-fired energy in Europe and Asia, they continue to set targets that will, like those sanctioned previously in Kyoto and Paris, never be met. Major financial institutions have joined the hypocritical trend, embracing the moral fervour underpinning cataclysmic climate prophecies while myopically disdaining needed investments in oil and gas that are the lifeline for the global economy.
Writing in the Atlantic, author and energy expert Daniel Yergin mocked the hypocritical manner in which North Face, the iconic outdoor clothing company rejected an order for 400 jackets from a Texas-based oil and gas service provider on the grounds that the sale would be counter to “its goals and commitments surrounding sustainability and environmental protection.” North Face seemed oblivious to the fact that 90 percent of the materials in its jackets are made from petrochemicals, derived from oil and natural gas.

The Canadian government is no stranger to the hypocrisy that dominates the climate/energy debate. Shortly after the Glasgow conference in which Canada endorsed even loftier goals for emission reductions, Commissioner of the Environment and Sustainable Development Jerry DeMarco declared that, since 2015, Canada had the worst record in emission reductions of all G-7 countries, and that included Donald Trump’s America! Shattering any illusions about the demise of oil, the Canada Energy Regulator estimated that oil output in 2050 — the net zero target year — will be 4.8 million barrels per day, versus five million in 2021.
By focusing exclusively on climate change, Canadian officials have neglected practical measures like better forest management and lake drainages that could have helped contain the floods ravaging B.C. Using climate change as a scapegoat for all natural disasters is contrary to the lessons of history.

The current energy crisis has been driven by shortages of coal and LNG that sent prices spiralling, including for oil, prompting rationing of electricity in China and disrupting supply chains for goods being shipped to America and elsewhere. Energy shortages in Europe were compounded by lower than usual wind speeds in the North Sea reducing sharply electricity produced for Britain and Northern Europe. Unable to afford spikes in energy costs, factories stopped production, including plants making fertilizers for the next agricultural season.
Meanwhile, Vladimir Putin is playing the EU like a fiddle, threatening to withhold gas exports as he masses troops at the Ukraine border. By witlessly favouring the Nord Stream 2 pipeline bringing gas from Russia, the Germans are now hapless pawns in Putin’s geopolitical strategy. After shuttering nuclear and coal-fired energy and expecting renewables to be their salvation, the Germans simply compounded their dependence on supply from Russia.

A complete switch by the $86 trillion world economy away from hydrocarbons is a tall order but to move to net zero by 2050, when the world economy is expected to rise, by some estimates, to $185 trillion, stretches credulity.
According to Yergin, the basic flaw in current thinking is a profound misunderstanding of the extent to which the world depends on oil and gas for much more than energy. Petroleum derived plastics are used extensively in electric vehicles, wind towers and solar panels. Everything from toothbrushes to glass frames, cell phone casings and many implements used in hospital operating rooms come from plastic. The air frames for virtually all commercial and military aircraft are all made from high strength, petroleum-derived carbon fibre.
Because renewables are intermittent and storage capacity is limited, it is difficult to believe that they will supplant hydrocarbons any time soon. Reliance on solar and wind power is subject to the whim of nature, not mankind, i.e. knowing how strongly the winds will blow and how long the sun will shine.

The elitist nature of climate activism is challenged by the concerns of developing countries who see reducing poverty, recovering from COVID, promoting economic growth, improving health and maintaining social stability as more immediate than the “existential” threat of climate change. Significant polluters like China and India pushed out their targets for zero emissions into the latter half of this century, long after the current leaders will have left office.

India has chosen a $60 billion natural gas infrastructure system to reduce its dependence on coal and curtail pollution in most of its urban centres.
Exports of oil and gas constitute 70 per cent of Nigeria’s budget and 40% of its GDP. There is no ready substitute. Like India, Nigeria is using natural gas and LNG to replace the huge number of charcoal and kerosene cookstoves used to prepare meals.
The best way to reduce emissions is through advanced technologies such as hydrogen power, carbon capture and bitumen processing that are more efficient (and less punitive) than carbon taxes or trading schemes or carbon tariffs that the Developing World sees as the newest form of protectionism.
More realistic analyses are needed on the speed of a massive transformation away from fossil fuels. To avoid the spread of energy crises, it is time for a reality check. Political leaders must face up to the irresponsibility and inherent risks of their one dimensional approach and recognize how essential oil and gas development and production is, not just for energy, but for basic tenets of modern life.
Derek H. Burney was Chief of Staff to the Right Honourable Brian Mulroney from 1987-1989 and Ambassador to the United States of America from 1989 – 1993. 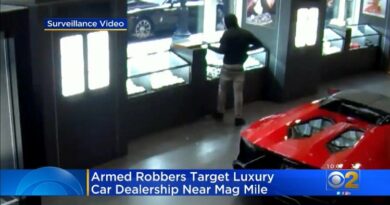 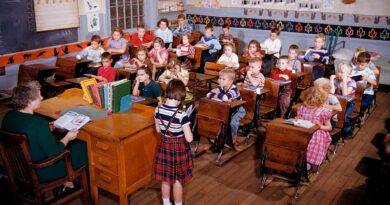 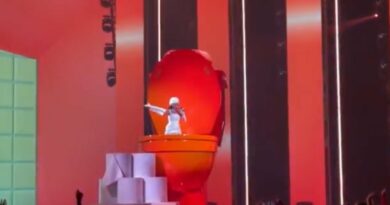 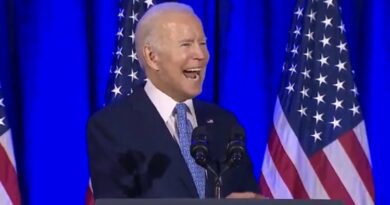 My Father Almost Died for His Country Fighting at Okinawa. Today His Son Can No Longer Walk the Streets of Washington DC Without “Papers”