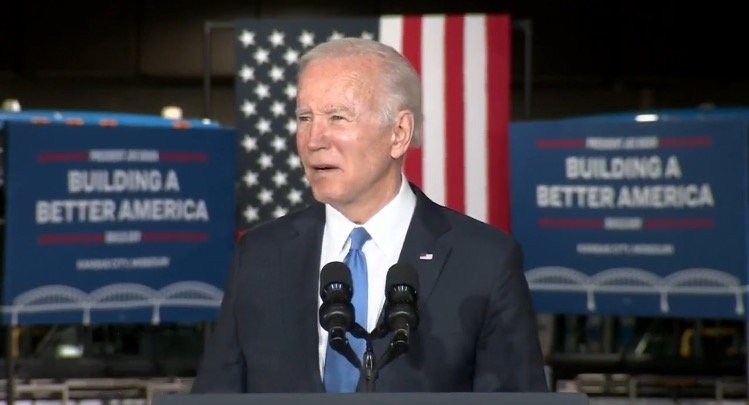 
Joe Biden on Wednesday traveled to Kansas City, Missouri to promote his newly passed infrastructure law.
Idiot Biden was bumbling around as soon as he arrived to the Kansas City Area Transport Authority.

“Where am I?” Biden asked as he shuffled around.
VIDEO:

Biden’s speech was painful to watch.
He could barely read his teleprompter, forgot the name of the Kansas City Mayor (Quinton Lucas) and told the made up story about the Amtrak conductor “Angelo.”
Biden’s same, tired speech summed up:

Biden falsely claimed, “If you’re making less than $400,000 a year, you’re not gonna have your taxes go up one single penny.”
Biden repeated the fake story about the Amtrak conductor Angelo grabbing his cheek saying, “Joeeyyy Babbyyy” while claiming he traveled millions of miles on Amtrak.
Biden bragged about gas prices being down a few cents a gallon in the last couple weeks.
Biden falsely claimed his Build Back Broke agenda would decrease inflation.
Biden claimed American parents have to park in the parking lot of a fast food restaurant so their children can use the internet so they can get their homework done.

Biden forgot the name of the Kansas City Mayor moments after meeting him on the tarmac. 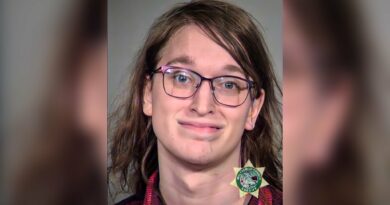 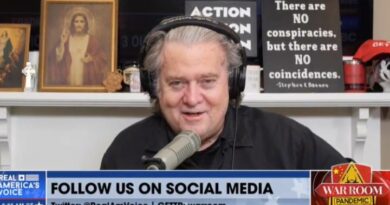 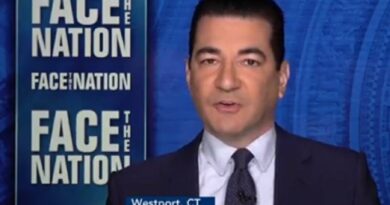 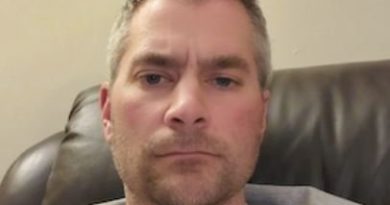 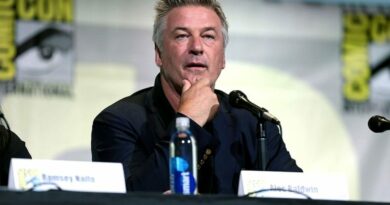 Who funds Extinction Rebellion? American & UK millionaires – ‘Some of America’s most famous families, including the Kennedys & the Gettys’